Those we miss and some new things.

First: we have lost so many good musicians including Chris Cornell, here is a small tribute.

Something that will make you get up and dance!! Nice Justin.

Well if you have never heard of this song by Europe you missed it awhile ago.

But here is a much more feeling version of the same song, with 1491’s acting it out with Europe singing.

Albums I have been enjoying you may also find good.
Change – Rascal Flatts
Grinning Streak – Barenaked Ladies
The Midsummer Station – Owl City
More Than You Think You Are – Matchbox Twenty
Native – One Republic
Some more music video’s you might enjoy.
The Deadly Gentlemen – Bored of the Raging

Up First The New Dream Theatre Album is Amazing!
Here is and audio video of Along for the Ride.

Peter Hollens and Alex G do a wonder medley of Disney Songs.

Lindsey Stirling, Deluxe album is soon to be released at all Target store.
Here is a new video.

New singer we hope you will watch. Risk On Da Disk.

and Foxman “We hope he makes his platinum goal.”

As far a music movies. 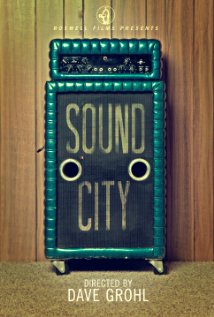 A documentary on the fabled recording studio that was located in Van Nuys, California. But that’s only what the blurp at IMDB says in reality it is much more.
Worth the time to watch and the album is great to have as well. 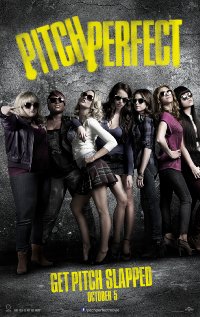 Yes that’s right for all of you Attending the University of Northern Colorado they will be showing the movie Pitch Perfect for their Movie on the Hill at the University Center’s South Lawn On Aug 22 right after the Ice Cream social.

Both these movies were released in 2012, and yes they are music driven movies. But both of these movies have something going for them.

Pitch Perfect, is the story of a college a capella singing group and the competition. Although I never want to give the whole plot away I would like to say that the start of this movie was what caught me. Know one expects someone to “blow chucks” as the phrase goes during a competition right onto the audience. From that moment on I figured this had to be a funny and surprising movie. Stars Anna Kendrick, Skylar Astin, Anna Camp (from True Blood) and more talented actors.
Song in this movie include: “The Sign”, “212, “Lost in It”, “Let It Whip”, “Punching in A Dream”, “Keep You”, “Don’t Move”, “Titanium”, “Cups”, “No Diggity”, “Bulletproof”, plus alot more. 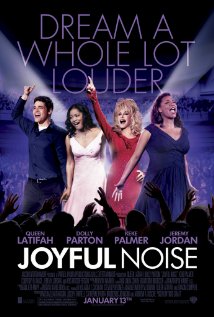 Joyful Noise is the story of a church choirs competition. This shows that not all gospel music has to be old fashioned. The sub-story adds flavor to the mix and the music brings it all together. This movie stars Dolly Parton, Queen Latifah, Keke Palmer, Jeremy Jordan as well as many others including a small part by Kris Kristofferson.
Song in this movie include: “Not Enough”, “Man in the Mirror”, “Maybe I’m Amazed”, “From Here To The Moon and Back”, “Higher Medley”, and others.

See which one appeal to you more and above all enjoy the music.

Queen: Days Of Our Lives Blu-ray. 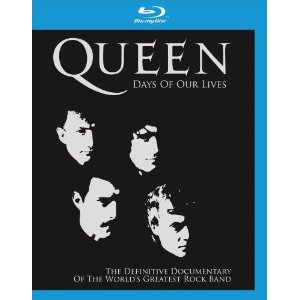 This Blu-ray that was released May of 2011, and has unseen footage as well rare interviews. It is split into two parts, with the Special features being that of music video’s, extended interviews and other stories.
This is one of the better documentaries of the life of a great band. I was amazed at the amount of information and wonderful clips that spanned the history of this band. I found myself getting all choked up towards the end of the documentary like Freddie had just died yesterday. Seeing the clips from the commemorative show made me remember back to all those great albums I own on vinyl.
I’m glad that the band has gone on, but we will always miss the very distinctive Freddie Mercury. His vocal range was amazing and his style was very much his own.
This documentary is worth a watch especially to Queen fans. 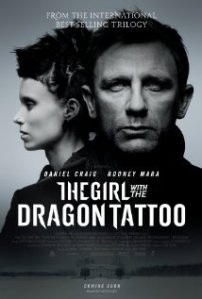 If you didn’t know the Musical score for this movie was written by Trent Reznor (Nine Inch Nails) and Atticus Ross. Within the movie though are song with keys in the plot of the movie.
One such piece is the song “Orinoco Flow” performed by Enya. During this part in the movie Mikael Blomkvist played by Daniel Craig is about to be murdered. What we found interesting is the killer here, who has been murdering women has a problem murdering a man. Could it be his mood music which he has used every time he kills a women? Enya is not a terribly macho piece of music for killing a man. It definitely puts the killer off his game. If you haven’t seen the movie I wont say anymore, but if you happen to watch it again, think about how it plays out with the soundtrack and the key songs.

What’s your favorite Musical or Movie About Music?

We grabbed a few titles old and new from musical and movie about music.
Which one is your favorite? 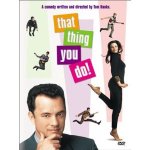