With the advent of the Rocksmith game teaching people how to play the guitar,

what guitar would you recommend first time guitar players to get, especially since they are on a budget. (i.e. Christmas money) The guitar you can buy as part of the package has not had good reviews. Not that I’ve looked at those. I’m not sure what to tell people looking for a starter guitar and I thought it would be good to ask all of you, since I started with an acoustic and learned classical before I moved to rock. Tell us what you think would be a good starter guitar. Also it should be noted that you can purchase extra cables for the game.

Was setting up a fiddle for my father and couldn’t find my tuner around the house, but I found this.
A website called Get-Tuned.
They have online tuners for guitars, 12 string guitars, banjo, bass guitars, ukulele, violins, mandolin and cello.
Great idea, and came in very handy.

Build your own guitar….mandolin….banjo….I guess you can.

After I had interviewed Andy Sartori the other day I started to wonder about the ease of building a guitar.
I was surprised to learn that you can buy kits for a number of instruments and that there are a number of places on the net that teach you how.
How to build your own guitar at the Instructable site.
Build Your Own Classical Guitar with help from Jeremy Locke.
Or buy a kit and see if it’s for you.
@Guitar Kits.
BYOGuitar.
Saga has kits for guitars, mandolins and banjos. 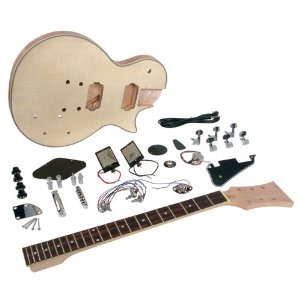 Gold Tone Banjo Kits.
Siminoff Banjo and Mandolin has kits for mandolins.
I also found kits for Violins, Dulcimers and other instruments. If your passionate about music and thought about trying to build your own you should probable check these out.

European bands as I mentioned before are part of the SingStar fun. For us here in the US alot of them may be unknown, and for those of us that play we are getting a wider look at the groups over there.
Dead by April, according to some they are Alternative Metal or Melodic Death Metal. From Sweden this band first hit the scene in May of 2009 with their debut self-titled album.

Jimmie Strimell does screaming vocals as well as clean vocals and also sings for Death Destruction and in the past Nightrage.
Zandro Santiago also vocals.
Marcus Wesslén plays Bass guitar.
Alex Svenningsson plays the drums.
Session and Touring Members: Pontus Hjelm, guitars, keyboards, backing vocals and songwriter for the band. Joel Nilsson plays guitars along with Jonas Ekdahl.
The song released for play on Sing Star is “Losing You” which you can see on their YouTube site. Their most recent album “Incomparable” was released in Sept. 2011.
The other band we are spotlighting is Sunrise Avenue. This European band hails from Finland forming in 1992. They have released 4 albums “Out of Style” is the most recent released 2011. One of the songs from this album featured on SingStar is “Not Again” along with 7 other songs form their previous albums. Their newest video is “Somebody Help Me“.
Te band is made up of Samu Haber who is the lead vocalist and guitar player.

Raul Ruutu plays the bass guitar.
Sami Osala is their drummer.
Riku Rajamaa also plays guitar.
This group falls into the alternative rock, pop rock and soft rock. Here is the link to their website which is in English.
Keep on discovering music.

Even if you do a simple search you come up with a good list of online radio stations. 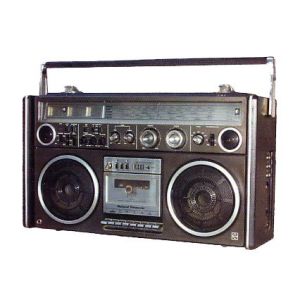 Most of us have played with Pandora, which has a free as well as a fee based component.
SHOUTCast part of WinAmp software has a large group of free radio stations.
iHeart Radio which is part of FaceBook, don’t know what it’s like.
Jango another free one which so far I am really liking.
Slacker says it has a free as well as a fee based, haven’t tried it out.
Live 365 is all fee based, I also haven’t tried it.
Let me know if you have tried some of these and leave a comment about them.
We are all looking for the best when we are stuck working at the PC most of the day and don’t want to just listen to the same old thing.

Music, How do you keep it?

So what kind of music turns you on? What makes you happy or sad? How often do you listen? You get sick of your song after the radio station plays it into the ground? You like vinyl or CD’s? Now that vinyl is making a comeback is the quality really that much better? It’s a battle that will go on for the purist in all of us. I’ve been taking my old vinyl and converting it to MP’s like alot of other people so I can listen to it on my MP players.

The market place is full of software and hardware to convert your vinyl to CD or MP’s and there are a few companies out there that will do it for you.

I’ve been using Xitel INport Deluxe, because I actually still have a B & O turntable and a decent stereo. But it’s by no means the only thing I use once I have recorded the music off to my computer. I also use Goldwave to tweak it the way I think it should sound.  Whatever you choose to use, remember to take your time, your not in a hurry if you want it to sound good.

For those of you who want to get started there are some video’s on YouTube that might be of some help.