Well with the Holidays starting I thought it might be a good time to discuss some things.
The album by the Billy K Band, “Outrun The Rain”. Is a blend of Garth Brooks, Kenny Chesney, Keith Urban and the like. Mostly upbeat and cleaver. It’s well worth the listen.
Other Albums coming out.
Nov 27
Girl On Fire by Alicia Keys
Les Fleurs Du Mal by Therion
Dec 4
Welcome to the Freakshow by Hinder
Warrior by Ke$ha
Dec 11
Unorthodox Jukebox by Bruno Mars
Quebec Magnetic by Metallica
Almeria by Lifehouse
Holiday Tradition Arlo Guthrie Alice’s Restaurant Massacre.
This song is over 18 mins and if you haven’t heard it you should sit down and listen to it. 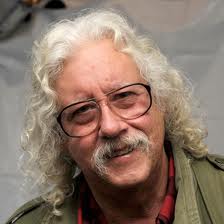 From my friends at ReverbNation:
Check in with Foxman and see what he has going on.
BB Blackdog want to talk with you about Starving Artists.
Dead Gumbies has a New Release.
Mil-1-lion has new stuff.
MesAyah has a New track out.
Playing in Colorado!!!!
Bill Cosby at the Buell Mar 31st Two shows
The Portal will be doing Cosmic Rock Opera at the Odd Fellows Lodge in Boulder Apr. 19, 20, 21
Gabriel Iglesis Apr 26 & 28 at the Paramount Denver
Lisa Lampanelli is on Apr 27 at the Paramount Denver
Creed May 19th at the Paramount Denver
Bon Iver May 31st at Red Rocks Amphitheater
Brandi Carlile July 14 Red Rocks
EmmyLou Harris, Steve Martin and Arlo Guthrie July 18 Red Rocks
Bill Maher July 27th Paramount Denver
Iron Maiden Aug 13th Comfort Dental Amphitheater Denver
Madonna at the Pepsi Center Denver on Oct 18.