New Music, a Challenge and some fun.

This time I would like to introduce a couple of new artists (to me anyway).
Chris Madden
<a href="http://” target=”_blank”>Chris Madden
Jordan Green

Surprise other groups do Acapella or did.
NSYNC

A Challenge to Pitbull I’d like to see this sexy man pull off this song.
Paul Evans “Seven Little Girls Sitting In The Back Seat”

Some fun music today and a shocker from Lip Sync
Alvin

Albums worth taking a listen too, I was surprised. 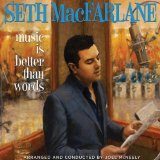 If you like old style Big Band toons you might want to take a listen to this wonderful album. I only think about Seth as the man who does Family Guy and those things. He has a wonderful singing voice.

This new album by Lionel Richie has country flare. Each song has a different country artist singing with Lionel. People Like Blake Shelton, Willie Nelson, Jimmy Buffet and others give a new spin to the old tunes. 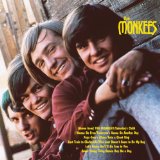 Recently Davy Jones passed away and I started thinking back on the fun music from the Monkeees. The Deluxe version of this album has features different versions of the songs not previously released and some other surprises. It’s fun to listen to old classics.

The new album from Shinedown is now getting worn out at my place. Hard to stop playing this one over and over, but then again I’ve found that to be the case with most of their music. If you haven’t checked it out yet, you should.