Shinedown has been coming out with a number of great video’s to support the album released in March.

Serpent Underground, made an impression with this music video.

For you Country fans, Billy K Band, this is one of the songs from his new album.

Earwings or Earworms, whatever they are called they get stuck in your head for hours and hours. What’s your worst one? Could it be the Peter Gunn Theme?

Adele – Rolling In The Deep

“YMCA”
“Ice Ice Baby”
“Who Let the Dog’s Out.”
They annoy but you never forget them.
I’d like to send out a Congratulations to W.E.R.M. on getting a contract with Universal Republic.

Albums that are worth listening too!
Most recently I have a hard time not replaying these albums which by there own right could be considered large Earwigs.
Nickelback 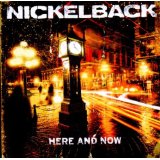 This album has a number of songs that you will keep singing over and over.
“Bottoms’ Up” Is my personal favorite.

Full of great songs, that will never get old.
Top on my list from this album, “Unity”.

Some older albums that still will keep you singing.
Will Smith

Found this one interesting because I thought she always sang with a really high voice but I was surprised.

Lots of great songs to sing to including the one with Taio Cruz.

Not only very cool musically but very tough as well and timeless.
Have a good week all.