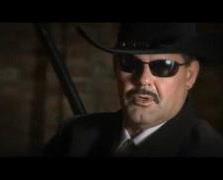 I would like to introduce a manager today. He manages for the Billy K Band as well as a number of other artists. He too is an artist in his own right and he gave us some of his time to talk about being a manager.

What made you interested in doing this kind of work?
I have been interested in music and always been fascinated by talented performers and started back in grammar school, when my music teacher discovered my voice and music interest which grew into my first debut in Eastman School of Music in a choir where I performed on my first recording as a young boy titled “Children’s Plea for Peace”, and soundtrack for the Movie “Oliver”. After a few years at the age of 13 I got my first drum set and started my own group and played locally. Then after a 14 year run I as a rock vocalist and felt it was not enough. I started reading many books and attend many seminars for marketing and constantly stayed tuned into what was going on behind the scenes, this seem to interest me more, then babysitting musicians who were comfortable doing things on a local level. So I loaded up my bags and said I’m going to head to Nashville in hopes of being discovered, and when I arrived I knew no one, but found my way to Gilly’s Porch on Music Row, where I looked through the book and found a song to sing proudly and a talent scout came across me, he approached me and introduced me to a producer that turned out to be my guiding light in the music industry. As his right hand man I was his apprentice for many artist, for 12 years on Music Row, working on press kits, getting them to the studio on time, and matching songs with each different style, making sure the photos were done on time over seeing the artist and what was needed to get them performing, and traveling the states as a talent scout. I did not have a total interest in being an artist but always loved the behind the scene movement, so after 30 years of networking and making connections and the untimely death of my mentor and master trainer in 2000, I decided if I was going to help anyone else in this business I needed to wear out my own boots and shake enough hands to acquire a team that I could depend on that will do what they promised. So I had to record 48 records myself knowing that I had the team of true professionals that meant what they said , and said what they meant. The songs were liked and loved by many of the Nashville Recording Artist and the time was spent learning the business from all angles. As an A&R, artist, and a promotion director, by the time 30 years had passed it was time to allow the deserving artist a chance to play on the same field with the true professionals I had worked with and knew on a personal level. So I recorded my last CD “Time for Change” and started my own label with my partner based on my experience, which was the last piece of the puzzle. So now I’m older yet as I let the years sneak up quickly and decided to build my Label by producing and managing my own Artists from A TO Z, so that we can both be blessed with my goal in mind to run my own company, and Artist Management company feeling fortunate enough to see it from all sides of the coin making my experience valuable to upcoming deserving artists.

What are some of the pitfalls, and what the rewards are?
Many have asked the same questions about Pitfalls and Rewards although there are several pitfalls and many Rewards. I’ll point out a few to keep it brief.
One of the Pitfalls we sometimes don’t see coming is who and whom you are associated with, meaning if someone you are doing business with has been labeled a shark and practiced unfair dealing with others before you, and you do business with them unfortunately you wear the same suit, as a young artist I would say it’s not always the person you’re dealing with creditability, it’s the people’s people they are dealing with that can hurt you or enhance your chances as an Artist, so do your home work and check under all the rocks to make sure your on the right path.
Another Pitfall is Don’t get excited to play all your songs for anyone and anyone at songwriters nights, or conventions, or in public unless you are protected by your copyrights and you are affiliated with songwriters associations like ASCAP, BMI ,SESAC, SOCAN , see when you post many songs all over the net unprotected a songwriting professional will not steal the song but write around the song and steal the hook the most valuable part of your song. So be very careful about where you perform you own personal creations as many eyes await and ear are alert and you will lose all of what you have worked so hard to create.
Third but not at all the last Pitfall you will be faced with is if you don’t have the guidance or representation. Know that this is a Business and should be treated as any other business, this is your business and career just like being a Doctor school is important and staying educated in your field. Many Artists I have found want a manager, but don’t want to be managed. Letting your manager do what he has trained to do and working together by keeping communication open at all times is so important. If you think you can go do it alone then you don’t want to be managed so don’t bother signing an agreement you know you will not follow.
I say Know your Craft and then many doors of opportunity will open one lock after another, don’t be afraid to ask questions or seek attorney advice when this is most difficult business in the world and all contracts have hidden lines you may not notice without professional opinions. 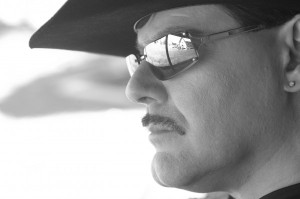 Rewards
The rewards come in many ways not only monetary value or dollar value from a successful production, but playing a part in someone else ‘s dream has its own reward knowing that the time taken to educate yourself being the messenger and laying on the finish line from exhaustion from a job well done with integrity. The point is to breathing life into a deserving talent to be shared with the world, touching one heart at a time. Changing someone’s bad day into a good day with some words story lines and melodies wow just being there at the right time is a reward that is priceless.

What are the hardest things to deal with?
I would say one of the hardest things to deal with would be keeping the upcoming artist on task, on time, and not babysitting unprofessional musicians, holding a job and playing at night till you make it so to speak.
Trying to make a living only by playing music feeding the family and staying focused without being taken off sides resisting the urge to give up. Growing into the career not being a victim of what you chose for your life. And then making your personal life work if you have a happy family at home then you can stay focused on your career. So keeping the 5 areas of balance in your life is the hardest.

If all is in place and balanced your career will flourish.

What do you do in your spare time?
What I do is not what a typical guy would do, mostly work 24/7 and find many to advance my career as a Manager, Recording Artist & Record label owner, by seeking out great songs for upcoming acts.
Network and attend music conventions staying active in all fields and tuned into the ever-changing markets in music, stay revitalized at all the new marketing opportunities and scouting out showcases of potential artist for consideration while constantly honing my craft.
Building a SUPER STAR takes time and strategy.
Knowing what moves to make first like a game of chess against the biggest in the world challenging and rewarding. Then spending time with my family and my son as young man growing up his talent is something I take with pride and devotion.
Thanking many for my blessings.

If you could do anything else, what would you like to try?
There is not anything else I would consider doing except build a musical empire and facility to school. Complete with a production and control room, recording studio, and video production company all under one roof to educate and groom our next generation of talent for years to come before I take my final dirt nap.
Knowing I was a meaningful specific in someone’s life and played a part in helping another dream realized.

As a recording artist I am known as “The Man behind the Shades.”
American Artist Showcase
Rickey Lee Watson
Nashville Music Pros
LinkedIn
Facebook
YouTube

Thanks to Rickey for his time.